Work smart and not hard

The adage “What you don’t know won’t hurt you” is very misleading, especially for people in transition or otherwise contemplating a career change. Not only is the contention untrue, but also it in fact hinders the ability to get what you want. Furthermore, it conveys a false sense of positive feeling. For example, those in transition are advised to customize their résumés to the job openings they’re applying to. Sounds logical, but it’s a laborious process that can take hours of close work, even though, at the end of the process, clicking on Submit or Apply gives a sense of satisfaction. But it’s a false satisfaction because nowadays, most if not all such submissions are going through electronic software called an applicant-tracking system, or ATS, which has its own rules. If the applicant does not obey the rules, the résumé or application goes into the proverbial black hole and never reaches its intended destination. That’s where the hurt comes in, because the applicant will never learn why it happened or how to correct the process for next time.

Here are several suggestions. They apply only to electronic job applications, which means you should have two versions of the résumé: one for ATS software so that it will reach a recruiter and another one for a human.

As you can see, the foregoing steps may appear as details, but as another adage goes, “The devil is in the details”; and that notion could be both crucial and decisive for your future career. 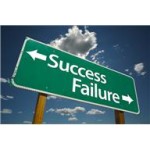 Could this be?  After all it worked in past and others who helped you with it made significant improvements.  Despite that, vis a vis other outstanding resumes it pales and is ineffective.  In order for your resume to propel you to the point that somebody considers you as a potential candidate is has to have at least the following elements.  Above all the gist of the resume has to be written in a way that conveys the reader that you have what it takes to solve his problems and chances are that you will excel.

So, now the question becomes, What should be your next step? In principle, you have several options.

People in transition or those who contemplate making a job change should not start dispersing their résumés all over the place before those résumés are up to snuff. I know that people in transition are very eager to get back in the game, to restore their (temporarily) lost identity, and to restart the flow of income, but the biggest mistake they make at this point is to start blasting weak credentials. Once your résumé hits cyberspace, you never know where it’s going to end up. Therefore, it is of utmost importance that before you post a résumé, it be a solid and strong one.

Next, the question is where to post it? Generally there are three types of job boards.

A question I’m being frequently asked is how many job boards to use. My answer is that five to eight are suitable. Posting on job boards is laborious when setting them up for the first time. After doing so, it’s important to visit the sites daily—yes, daily–and make a small change such as adding or deleting a line and then saving the change. Doing that makes your résumé appear to be fresh. Recruiters have many fresh résumés to choose from, so why should they bother looking at older ones whose owners may have found already employment elsewhere?

The push and the pull

Now that you’ve pushed your résumé out into cyberspace, you should pull in openings that have been posted. Several job search sites do that for you. They’re known by the term aggregators. Indeed.com is one of the most popular ones, and there are others such as JobCircle and Simply Hired.

The aggregators are very user-friendly, and as a job seeker, you should set up a number of job alerts, as they are called, to reach your in-box daily. In fact, you should have several of them based on different keywords you’ve used and the distance from your ZIP code that you’re willing to commute to a job. The disadvantage of these types of sites is that there will be many duplicates. It takes a few trials and errors before hitting it right.