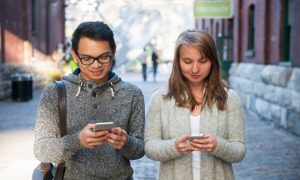 Younger people are open to changes

Companies are not permitted to discriminate in hiring based on a candidate’s age, because such discrimination is illegal. And yet they do it every day. Why? Why are younger people considered more desirable in the workplace? The simple answers are that they require less compensation; they’re hungry because they need to accumulate wealth for future years; sometimes they’re more educated and have advanced degrees; and they can stick around longer before retiring. There are other reasons too, such as getting sick less often and having more stamina. But there’s one crucial thing that people don’t often talk about: that younger generations can adapt more easily to change and therefore can—and are willing to—learn new things. Invariably, when more-mature people joke about the fact that if they need to do just about anything technology related, they phone their children or even their grandchildren. Younger generations’ brains are wired to deal more readily with modern technology. And they don’t have to unlearn old technology.

As the adage says, is true for people more advanced in age. Many don’t know how to use a smartphone or how to e-mail or how to navigate the Internet or how to shop online. And they’ve come to believe they’re too old to learn; they’ve given up on learning new things. Employers are fully aware of that phenomenon and consider the age of an applicant before making an offer.

Beginning with our birth and for many years after, learning new things is a necessity to survive and be part of modern society. As we get older, though, we reach a point when learning becomes optional. We no longer need to learn new things to survive. Some use the excuse that they can’t learn anymore because they’re old. It’s not true, of course, but it still gets used as an excuse. And some simply lack the motivation to expend the energy required to learn new things.

Older people should stress in job interviews that they have the desire to keep learning new things, and in fact they should give examples of new things they’ve learned recently and adopted as parts of their daily lives. 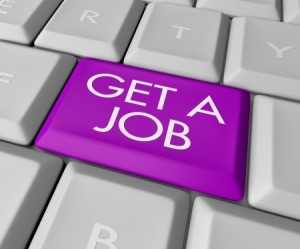 Do you understand the current job market?

How to Understand and Adapt to the Current Job Market

If you are searching for a job after being off the market for a while, you might be in for a rude awakening. Today’s job search market is very different from the past.

New seekers are often startled to find out how conventions have changed and that what used to work can back fire today. Technology, doing more with less, workplace transformations, new methods of communication, and an aging workforce are elements of today’s job market.

There are still millions of workers and jobs out there. One of those jobs is waiting for you. You may even be delightfully surprised at the number of tools available that will make your job search easier than ever and to show case the “qualified” you.

This session is designed to highlight today’s job market, who the key players are, how they operate, and to provide actionable tips you can use to land successfully. By participating, you will:

Individuals need to sign up for the meeting at www.thefeng.org under the Bergen chapter meetings. 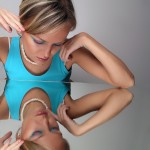 Ten minutes after I meet with a coaching client for the first time, the client is facing my video camera for 60 to 90 seconds. Then we watch the video together. Differently from in real life and because we have modern technology, I can separate the impression—and the client’s image—from the spoken words. I simply turn the speakers off so I don’t get influenced by the video’s verbal content and context. This is a powerful experience, one that provides rich information. In most cases a client can use that information for improving job interview skills and then can apply the newly learned skills during a job interview. Most people are awestruck by their video experience. In less than two minutes, people can see for themselves how they’re perceived by others—something they couldn’t have known before.

Albert Mehrabian, currently UCLA professor emeritus of psychology, published his findings on inconsistent communication of feelings and attitudes and on the relative importance of verbal messages and nonverbal messages. He devised what’s known as the 55%-38%-7% rule. Professor Mehrabian’s basic tenet is that when we communicate with other people, we’re being judged to the extent of 55% by our nonverbal behavior such as body language and facial expression, 38% by our tone of voice, and only the remaining 7% by the actual words we speak and their context. Moreover, if the words we use are incongruent with our body language and tonality, then the other person tends to believe more in what he sees and hears and less in the meaning of the words.

When we interview, our body language says a lot about us and about our emotional state; and poor body language often sends the message that we’re stressed or fearful. But even before the interview interaction begins, the interviewer looks at your face, your hair, your clothes, and the image you’re projecting. Thus, he forms an opinion about you before you’ve even had a chance to formally meet.

Following are a few body language mistakes to avoid during a job interview.

·       Lack of eye contact, especially while the interviewer is talking

·       Not smiling, which makes you appear nervous or unfriendly

·       Hiding your hands, because the interviewer will want to interpret how open and honest you are by looking at your hands.

The only way to improve correspondence between the words you say and what your body language says is to prepare for the interview and practice, practice, and practice some more. It’s best to practice interviewing with someone who can point out to you your areas of deficiency and can guide you in making improvements.

While on a job interview, you’re nothing other than an actor onstage. Just think about how much preparation it takes to perform on Broadway.