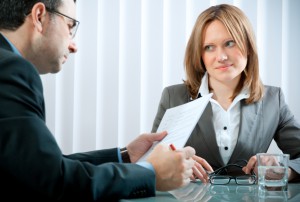 Interviewing skills is a business transaction wherein the objective of the hiring manager (the person who has the authority to hire) is to make a selection among job candidates called in for interviews. A candidate has two challenges: first, to convince the hiring manager that he is the ideal candidate for the position, and second, to outshine the others (i.e., the competition for the job). Following are several suggestions.

First, prepare for the interview by working with a seasoned career coach. A career coach can practice with you certain mock-interviewing techniques, thereby helping you to not only answer difficult interview questions but also recognize traps and avoid saying the wrong things. As a career coach, I need no less than five hours to get someone ready for the big test. If the result is to get the job, then the fee paid for such a service is merely a drop in the bucket.

Second, prepare your SARBs: situation/action/result/benefit. These are short vignettes about your experience, describing for the interviewer how you solved problems on the job and the results and benefits to employers. They are the tools you bring with you to the interview. If presented well, the examples will convince the hiring manager you’re the right person for the job.

Third, research the company. Spend some time in the public library investigating as much as you can about the company. You cannot overdo this aspect of the job search, and neither should you underestimate the importance of showing the interviewer you understand–on either a macro- or microlevel–the issues the company faces.

Fourth, use your personal connections via LinkedIn, Facebook, and Twitter to discover as much information as you can about the people you’re going to interview with. While doing that, attempt to find something in common with them. This is very important, because people are known to hire candidates with whom they can build a relationship even during the interview process.

And fifth and last but not less important, make sure the position you’re interviewing for aligns with your own needs and desires. Consider your skills and attributes and traits. Evaluate the organization’s work environment, the commute, the compensation, and the benefits. Pay attention to your gut feeling. If it feels good, make sure you clearly show your enthusiasm. This is what the hiring manager wants to “buy.” 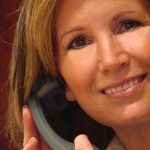 Nobody likes to be a nobody, but unfortunately, that’s what you are at the beginning of the job search process, provided you’ve just joined the ranks of those in transition. Those who are the decision makers about your future do not initially know anything about you, so you have the chance to impress them, and you want to make darn sure it’s a very good impression.

So, how are you going to positively influence hiring managers, human resources folks, and recruiters? To start with, record brief greetings on both your answering machine at home and your mobile phone, and project a clear, mature, businesslike, and overall positive message. Your children are cute, I’m sure, but leave their greetings for sharing with family and friends and not potential employers. Next, get into the habit of answering your phone professionally. Answering with “Hello, this is John Doe,” with a friendly and inviting tone of voice, is best. Get into that habit even if you think you can identify the person via caller ID. Don’t make exceptions to the rule, because you’ll be sorry if you didn’t answer properly when it’s someone you really want to impress. You also want to make sure your e-mail address is nothing less than professional. An address like bigmama@yahoo.com or anything cute or sexy could be detrimental to that first impression.

Your next opportunity to create the right image is via your résumé. This is probably the single most important document you’ll be evaluated by, and it will determine whether the hiring folks want to invite you to an interview or not. Remember that the first impression is a lasting impression. This is an extremely critical stage because résumé readers typically review large numbers of résumés, and having only one opening to fill, their intention at this point is to reduce the number of résumés to three to five final candidates for interviewing. In fact, this process of reviewing the résumé is divided into two parts. The resume reader’s objective is to eliminate résumés that clearly seem to lack something. It might be something as simple as an unattractive appearance, improper use of language or grammar, lengthiness, overly detailed experience, or a lack of accomplishments.

On one hand, many résumés contain listings of job duties as described in job descriptions and not actual accomplishments. The résumé reviewer expects to read about accomplishments on the job. If your résumé doesn’t pass this 10- to 30-second scan, it’s likely that it will be set aside and never resurface again. Unfortunately, you’ll never find out that that was the case—except by the lack of any next steps.

On the other hand, if your résumé passes this first-blush review, it will be read thoroughly, along with another 10 or 12 others, and will be ranked on a competitive basis. Probably only three to five candidates will be called in for face-to-face interviews. With that decision, you move on to the next stage in the job search process, in which you have to get ready for the final test, which is to convince the hiring manager and others interviewing you that you are their ideal candidate. Good luck.

Six Steps out of In-transition December 1, 2019 - Losing your job can happen instantly, or you might be told ahead of time because the company is restructuring, moving… ...Continue Reading
Personal Marketing for Job Search October 29, 2019 - What is personal marketing for job search?  When searching for a job, the job seeker must first prepare marketing collateral… ...Continue Reading
Five Essential Steps to a Great Job September 26, 2019 - There are five essential steps to a great job, provided one is willing to do some hard work; shortcuts reduce… ...Continue Reading