Your status while in transition is that of a consultant, especially when you’re interviewing for a job. The would-be employer needs you because you might be able to solve certain company problems. To prove that you can, you must stay on top of things and demonstrate that you’re knowledgeable about the employer’s industry in general, about the sector the company is in in particular, and even about the most current issues and developments in the hiring manager’s field. So, how do you do that?

I’m a career coach helping people in transition every day. I, too, must demonstrate to clients that I’m on top of my industry. To achieve that, at least one hour a day seven days a week I read about general subjects in daily papers (mostly online), about business subjects in several business magazines I subscribe to, and about current events via the Internet when such news flashes onto my screen. Naturally, I focus more on issues that pertain to jobs and the like by reading articles by people I follow on Twitter.

I find an equally important source of information at various networking forums by meeting and chatting with people in attendance. For example, the other day I was the presenter at a job search networking group, but because of the inclement weather, the turnout was significantly smaller than expected. The situation allowed the presentation to turn into more of a focus group chat, which was even more appropriate because the presentation was called How to Be Effective When Networking. Most of the attendees had basic familiarity with job search networking, but they had special interest in the comparison between classical, or traditional, networking and social networking.

People in transition should learn, embrace, and actively participate in social networking. This is admittedly a totally new, up-and-coming element in the job search armamentarium, and those who master it benefit the most.

On another subject during that meeting—but an especially pertinent part of the group’s learning—a participant recounted an interview situation he’d recently experienced. The interview was with a human resources representative half his age, who blatantly and repeatedly violated the age discrimination law. Frustrated and furious, the job seeker ended the interview, later reporting the experience to higher-ups in the company. The interviewer was fired three days later and dared to call the candidate on the phone to complain to him. For me, this certainly sounded like a learning experience.

The vast majority of my career coaching involves clients who contact me while they’re feeling perplexed about their personal circumstances. About 70 percent of them have been out of work for some time, and the rest only recently became jobless. Some of them are desperate to make a change because of a difficult boss or too much pressure on the job. Can you identify with this? All of these people have one thing in common: confusion over how to go about making it happen. Most of them are adjusting their résumés but deploying the same techniques that got them jobs in the past. However, that doesn’t work in today’s extreme job market. Many ask for advice from well-meaning friends. Unfortunately, they’re only friends desiring to help but not professionals with expertise.

Regrettably, even career coaches don’t have all of the desired solutions, but they know how to go about finding them. After years of experience and dozens of clients, I became able to put together a straightforward plan that appears to be working. The material that needs to be covered during coaching sessions is vast. In addition to that, I found out from experience that it takes a minimum of three to five hours of mock interviewing for a client to get sufficient practice and become proficient at interviewing. It’s an absolute necessity to be capable of showing the hiring manager that you have not only the knowledge but also the confidence to do the job well. After all, what hiring manager sets out to hire someone who appears to be lacking confidence?

Typically, I meet with a client five times. Each session is at least two hours long, and the second hour of each is devoted to practicing mock interviews. The first session is dedicated to agreeing on career plan objectives, creating a strategy, and defining target jobs in the right salary range, geography, industry, and sector. The second session focuses on the résumé. The objective here is to make it billboardlike attractive. The résumé has to have eye appeal, contain the right keywords, and show that the candidate will deliver. By now the client possesses the right tools.

The third session focuses on job search. Together we work not only on networking techniques but also on making sure the techniques are effective and not a waste of time. At this point, we are also practicing how to overcome liabilities, and we’re developing tools to track and measure job search productivity. The fourth session is all about communication and projecting the right image verbally—both in writing and over the Internet. We wrap up the process by practicing mock negotiation techniques, acquiring the tools for working with recruiters, and learning to uncover the hidden job market.

This is career coaching in a nutshell. An actual career coaching program is rigorous and systematic and requires persistence and a lot of hard work. Given a little time, in most cases it works. 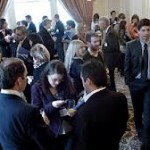 Last night I read a magazine on which issue the front page has a heading “The Permanent Temporary Workforce”.  Their in-depth section The Disposable Worker highlights several facts.  Most of them are expressing the negativity that currently exists in the labor market.  “Since the early ‘80s, the US economy has been taking longer to regain all the jobs lost in a downturn”.  Companies are hedging their bets by hiring temps instead a steady workforce.  And this trend will likely continue similar to Europe which makes a lot more use of temporary and part-time workers.  It mentions also that 26% of working Americans have “non-standard” jobs. These are those that work less than 35 hours per week, independent contractors, on-call workers or day laborers.  The article talks about “labor on demand” and this is on all levels and not only low paying jobs.  Because of these conditions Americans are willing to accept lower pay.  All in all the current conditions are gloomy but let’s focus now on the positive.  The article is predicting that as soon as the economy will show signs of improvement the better employees will jump ship to a company that pays better.  This will lead to openings and opportunities.  The long term prediction is that a decade from now the retirement of the baby boomers could cause labor shortages which again lead to opportunities.  It is important for jobseekers to understand the big picture but they need jobs now and not in the next decade.  So what are they to do?  Because of the tough competition the answer is not simple.  Since most jobs come through networking therefore more and more networking is the answer.  But here I am not talking quantity but quality.  People need to become more sophisticated with their job search.  They also need to learn how to benefit from the fast-evolving social media.  If you don’t buy into these concepts then somebody else will.  Could you guess who is going to get a job faster?