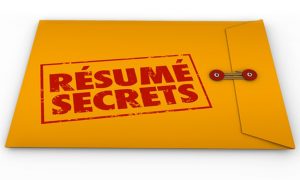 WHY don’t they answer me??

In this context, black hole is not a scientific term but, rather, the annoying situation when people apply for posted job openings and never hear back. It’s very frustrating because applying for jobs is a time-consuming effort—too often with no results. But why is that state of affairs so prevalent? The answer is simple: because 72% of job applications are never seen by the human eye. Applicants need to understand that unlike in the past, most companies today—except for smaller ones—are using a software application called applicant tracking system, or ATS. This software acts similarly to the spam filter on your e-mail whereby the majority of spams never reach your in-box, and therefore, you’re not even aware of them.

How does an ATS work?

The ATS scans résumés, culls relevant data, and plugs the data into predetermined columns by categories in its database. For example, the contact information at the top of the résumé gets plugged into the database so that the recruiter can sort it and search; the applicant’s education goes into a slot in the ATS assigned for education; and so forth. If such information does not get picked up properly from the résumé, the entire content might get omitted or placed in a different part of the ATS’s database.

Typically, résumés contain section headers or job titles different from those the ATS is expecting. Assume a section title on a résumé says, for instance, “Further Training and Skills.” The wording may confuse the ATS, and, again, result in omission of the entire section or attachment of the section to another area where it does not belong and where it makes no sense. The human brain can deal with such variations and exceptions, but the computer cannot. Another example might be the existence of periods in the separation of the elements of a 10-digit phone number instead of what the ATS is expecting, which could be that the area code is given in parentheses, after which a word space follows, and then separation of the next three digits from the last four by a hyphen. There are of course many other such examples whereby the ATS is unable to properly code the information.

How is the recruiter using the information the ATS presents?

The recruiter can sort the information provided by the ATS by status—for example, interviewed, hired, offered, in review or rating at his discretion; geographic location; or information for future sorting. The recruiter can group applicants by skills or status or other criteria established as relevant to the candidate search.

The logic of a job seeker is to apply for as many positions online as applicable. And that makes sense. I am reminded of the famous bank robber Willie Sutton, who was asked why he robbed banks. His humorous—and logical—answer was, “Because that’s where the money is.” Indeed, recruiters have jobs to fill, but it is known too that the chance of a job seeker’s landing a position through a recruiter is around 5 percent. Most people—60 to 80%—get their jobs by networking. So, how will you spend your time in finding a job?