During my work with job seekers or those contemplating a job/career change, I evaluate the amount of fear that drives—or paralyzes—my clients. To some extent, all of them exhibit fear originated by some threat—or so they perceive. For a person out of a job, that feeling is not only a perception but also, unfortunately, a reality. The normal human body has a built-in mechanism to protect itself from such an emotion by either confronting it or running away from it. It’s also known as the fight-or-flight response. In more-extreme situations, such fear leads to anxiety, but I’ll let a mental-health professional explain that one.

Conversely, a few clients indeed become energized by fear resulting from lack of employment. Their adrenaline levels rise sharply, and they’re ready to attack. They see opportunities coming out of this employment change, and nothing stops them from getting to their next assignment. They exhibit a go-getter mentality and thrive on even small incremental successes. However, the majority of those I see react to their unknown futures by clamming up and thus thinking they’re protecting themselves during this vulnerable stage of their life. I vividly remember my own situation during a transition. My entire attitude could have been described as, “The answer is no, so what’s your question?” It’s a shame that our emotions and our logic are not always congruent.

In working with people who at times seem paralyzed due to their new, jobless reality, I try to clearly understand what’s behind the obvious fact that they don’t have jobs. That understanding is typically complex and intertwined with other, tangled elements. For example, embarrassment vis-à-vis family and friends, or self-humiliation as a parent unable to financially support a child who wants and deserves a college education, or, perhaps, aggravation of an already bad spousal relationship due to the inability to contribute to basic family finances for an extended period. And the list can go on and on.

In such a situation, my solution is to attempt to provide clients with (1) job search tools, (2) exposure to and familiarity with the job search process, (3) ample amounts of mock interviewing that increase clients’ confidence, knowledge and experience, and above all, (4) listening as they talk about their pain, and (5) an understanding of all they’re going through. Another tactic that’s proved successful is helping clients learn to divert their attention to something positive. For example, clients can learn to network effectively in order to establish new relationships with people who may be able to help them and whom in turn they can help. Clients can also learn to discuss volunteering opportunities that not only could lead to a job but in the interim could help job seekers mingle with other people. And, more often than not, volunteers could hear again the words “Thanks for a job well done”—a sentiment that for a while has probably been absent from their lives.

Your brand is what you are selling 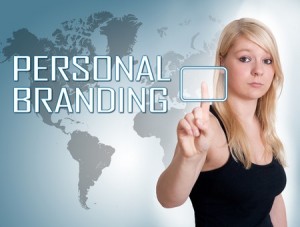 Most people don’t know how they are perceived by others.

If you’re in transition and want to be found among the many people looking for work, you must stand out. How can you increase your chances of being called in for an interview if you cannot be picked out from the crowd? The answer is in your brand. Why do people ask for a Coke or buy Adidas? The reason is that they want that specific brand. So, how do you know what your own brand is? After all, that’s actually what you’re “selling” to your next employer in the hope that you’ll distinguish yourself from the many who have the same skills that you possess.

To find out, I decided to do a quick experiment in an attempt to reveal what my own brand is. I sent a request to several friends and acquaintances asking them to send me three words that come to mind when they think of me. The result was revealing.  Forty-six people answered, for a total of 138 descriptors comprising 60 different words. I grouped the similar ones and found out that eight times, people used the words honest and passionate; seven times; caring and insightful; six used the word smart; and five, dedicated and helpful. Many other words repeated themselves less frequently.

Several things can be learned from this. On the surface, it would seem that my brand lies in the words that were mentioned most frequently. But if we look into it a bit further, it becomes evident that different people see different things in the same person. And although there are indeed some commonalities, the descriptors spread out very widely.

For people in transition, such a quick exercise might be very helpful. Even though you might be able to anticipate some of the descriptors, like I was you, too, might find many surprises. I hope they’ll be pleasant ones.