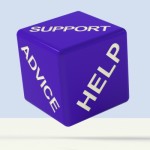 I am a practicing career coach and have noticed that in most cases, I guide my clients through 10 certain deeply held beliefs of mine that have evolved over my years of practice. I decided to call the concepts the Landing Expert Principles—naming them after my Web site, www.landingexpert.com

5 thoughts on “The Landing Expert Principles”