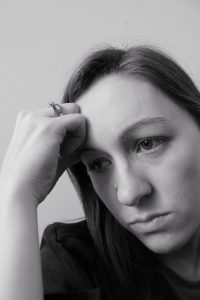 This meeting is  VIRTUAL and by invitation ONLY.   If interested, please write me an email to alex@landingexpert.com and include the reason you wish to participate.  Then, I will forward to you the Zoom invitation link.

How often do you feel that you were a perfect fit for the position but did not get the offer?  You may have felt that you provided impressive answers, connected with the interviewer, had the exact experience wanted, met all their requirements, and even sent but timely follow up notes. Despite your extensive efforts, the company awarded the position to another candidate. If only you could understand why you did not get that job.

This presentation will open your eyes as to why you may not have won the position or may have never been in the running as a viable candidate. Alex Freund, The Landing Expert, shares what won’t be revealed to you by Human Resources or hiring managers. Based on his observations and experiences as a career search expert and someone who has hired hundreds of employees as a corporate leader, he will pull back the curtain on the interviewing process and why you weren’t “the one.”

Attending will enable you to identify potential signals as to what’s really going on.  You’ll become empowered to ask questions and act strategically so that you become the candidate who gets the offer.

In this session, you will:

During my work with job seekers or those contemplating a job/career change, I evaluate the amount of fear that drives—or paralyzes—my clients. To some extent, all of them exhibit fear originated by some threat—or so they perceive. For a person out of a job, that feeling is not only a perception but also, unfortunately, a reality. The normal human body has a built-in mechanism to protect itself from such an emotion by either confronting it or running away from it. It’s also known as the fight-or-flight response. In more-extreme situations, such fear leads to anxiety, but I’ll let a mental-health professional explain that one.

Conversely, a few clients indeed become energized by fear resulting from lack of employment. Their adrenaline levels rise sharply, and they’re ready to attack. They see opportunities coming out of this employment change, and nothing stops them from getting to their next assignment. They exhibit a go-getter mentality and thrive on even small incremental successes. However, the majority of those I see react to their unknown futures by clamming up and thus thinking they’re protecting themselves during this vulnerable stage of their life. I vividly remember my own situation during a transition. My entire attitude could have been described as, “The answer is no, so what’s your question?” It’s a shame that our emotions and our logic are not always congruent.

In working with people who at times seem paralyzed due to their new, jobless reality, I try to clearly understand what’s behind the obvious fact that they don’t have jobs. That understanding is typically complex and intertwined with other, tangled elements. For example, embarrassment vis-à-vis family and friends, or self-humiliation as a parent unable to financially support a child who wants and deserves a college education, or, perhaps, aggravation of an already bad spousal relationship due to the inability to contribute to basic family finances for an extended period. And the list can go on and on.

In such a situation, my solution is to attempt to provide clients with (1) job search tools, (2) exposure to and familiarity with the job search process, (3) ample amounts of mock interviewing that increase clients’ confidence, knowledge and experience, and above all, (4) listening as they talk about their pain, and (5) an understanding of all they’re going through. Another tactic that’s proved successful is helping clients learn to divert their attention to something positive. For example, clients can learn to network effectively in order to establish new relationships with people who may be able to help them and whom in turn they can help. Clients can also learn to discuss volunteering opportunities that not only could lead to a job but in the interim could help job seekers mingle with other people. And, more often than not, volunteers could hear again the words “Thanks for a job well done”—a sentiment that for a while has probably been absent from their lives.