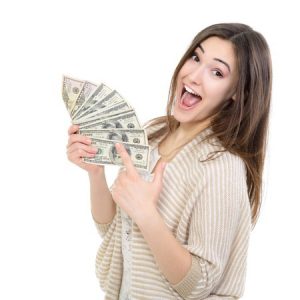 Money does not grow on trees.  You negotiate it.

It takes three steps to get a great job. First, you need a good enough résumé and LinkedIn profile to be fished out from an ocean of candidates. Otherwise, you are invisible and irrelevant! Second, you need to beat your competition in the contest called interviewing. After all, there’s only one job, and applicants not chosen for interviews are losers. And third, you have to maximize what you get from this deal. The company is getting you, the best; at least, that’s the organization’s impression by going through this lengthy selection process. But do you understand what’s going on during the job offer negotiation process? And are you good at it? If so, then you know that such negotiation is the most rewarding part—both emotionally and financially—of this otherwise grueling and arduous process. I’m sure you know by now that a job offer negotiation is not one size fits all. A junior system analyst’s negotiation of a job offer is different from that of a director or a vice president and very different from that of a big-company CEO. Typically, a CEO candidate doesn’t even negotiate at all, because that’s done for the candidate by the candidate’s team of advisers with the compensation committee, a part of the organization’s board of directors. But what is common to all job candidates is that they have to be liked and wanted by the organization, because if not, the negotiation will break down fast.

Job offer negotiation is by definition a candidate’s desire to improve on what’s been initially put on the table—primarily because the candidate considers himself deserving of more. If that is indeed the case, then the candidate must articulate the reason(s). Greed—or negotiation simply for the sake of gaining experience in negotiating—is hardly justified and often ends in disappointment.

Good job-offer-candidate negotiators clearly understand the art of negotiating; they study the person they’re negotiating with to the extent they can; and they try to learn the constraints the employer has. Some things can be negotiated; others cannot. Also, be ready for pushback in the form of difficult questions. Like a chess game, sometimes you attack, and at other times, you retreat.

Don’t start job offer negotiation unless you are fully prepared and have practiced it. When you took your driver’s license road test, for instance, you probably took several driving lessons prior to it. This is no different. It’s another test for which you must prepare. Part of that preparation involves your clearly understanding your own needs and priorities, because when asking for more, you cannot act like Colombo by saying, “Oh, yes, just one more thing I have to ask you.” Put all of your requests on the table at once, with the hope that you’ll get most of them.

Remember that negotiations in general are give-and-take. An ultimatum presented by either side can end the negotiation instantly. Sometimes a job offer negotiation can be lengthy, and as the candidate, you must have patience because what you want is to get the right job as part of your career path and not just to win in the game of negotiation. Practice makes perfect.