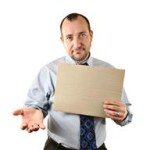 I frequent job search networking groups where people stand up and recite what’s called the elevator pitch. Ideally, people are supposed to be able to concisely sum up unique professional aspects about themselves in a way that intrigues and excites listeners so that the listeners will want to connect later—for mutual benefit—with the one giving the pitch. Yet most people fail to achieve that objective. It’s too bad, because the elevator pitch is the single most important part of group networking. If you’re unsuccessful and simply sound like each of the other fifty people in the room, you miss the opportunity to brand yourself.

Most people at such job search networking meetings disappoint for a number of reasons. First, they announce their first and last names way too quickly and way too softly—to the point that the name is not audible by those sitting at a bit of distance from them in the room. Second, the overall gist of most people’s pitches involves praising themselves by talking about how great they are at what they do and how much they saved their companies. Frankly, probably no one in the audience cares about those self-promoting sound bites. Most of the people in the room look at you and pretend to be listening, but their minds are elsewhere. If they haven’t had their turn yet, then they’re most likely preoccupied with reciting in their own mind what they’re going to say when their turn comes. And if they’ve already given their pitch, everybody else is boring them.

A successful elevator pitch is much more than words and facts. It’s supposed to inspire the listener to action, but in order to achieve that, your delivery must express authenticity, and it has to involve your body, your voice, and the content of your pitch. You are onstage. People want you to be successful and not to disappoint. Your attire matters too, because attire is part of your overall image. If you look like you just finished mowing the lawn minutes before delivering your pitch, you’ll probably be memorable, but not in a way that’s positive. Project your voice so that everyone can hear you. Make sure there’s congruence between your body language and the words you say. Show passion and excitement that will radiate through the audience. And most important of all, offer your assistance to others. That’s what will attract the audience.

I’ve seen many people fail with their elevator pitch because it was evident that they were winging it. They had not prepared for it, which completely eroded their confidence. A first impression happens only once: at first! Listeners are picking up on this instantly. It takes only seconds to set the stage for a great elevator pitch or to ruin one.

Craft your elevator pitch very carefully. Run it by people who have a flair for marketing.

Adjust it till it seems comfortable for delivery in front of a large audience. Practice it several times till it feels natural. Then improve on it to make it even better. It needs to sound confident and natural. Make it short, because in this case, less is more. Don’t expect at the end that someone’s going to offer you a job; that would be highly unrealistic. The purpose of the elevator pitch is to establish relationships with new people. So it’s all about relationship building, because relationships are the sources for 60 to 80 percent of job offers.