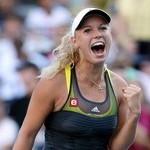 Just two decades ago, finding a suitable job was simplistic. People wrote their own résumés, had them edited by trusted friends, and walked into the interview with confidence about having been for a long time in the previous job that he must have been good at because of a lengthy tenure. Since then, though, the job-finding process has evolved dramatically. In the current job market, where competition is the modus operandi, job seekers must excel at everything they do. Otherwise, they will be outshone by others.

Finding a job nowadays—in this era of specialization—one must excel in the following three areas.

Endless articles and books have been written about how to create a winning résumé. They were written by experts of course. But are you an expert at writing your own résumé? Are you that good that you can read an article or even a book and become able to follow the expert’s advice and subsequently produce a fantastic, exceptional, and outstanding résumé? I think I know what your answer is. And that’s the reason that for several years I’ve been recommending that job seekers hire a certified, professional résumé writer. There are loads of them out there, but only a few have proved themselves time after time and are being continuously recommended. Those are the only ones you should engage.

Because so many well-qualified candidates are competing for the same single opening, employers have had to become more sophisticated in their selection processes—and they have. That fact places a heavy-duty burden on the applicant to be well prepared for tough interview questions. Again, many articles have been written such as “How to Ace an Interview”; and it’s most likely that experts have written them. Are you one? Are you ready to face that tough and very selective hiring manager? Yes, you might be, but not until you’ve prepared for many hours for that interview. And I do mean for many hours. And then there’s a stint of practice with a qualified person—preferably a career coach who has expertise in the specific area of interview skills. Could you imitate Fred Astaire by reading a book about dancing?

Probably this is the most difficult part. Social media have evolved in the past several years to become the differentiators among job seekers. Your knowledgeable participation in and use of social media effectively increase severalfold your chances of getting an interview—same as the reason that people buy several lottery tickets. However, social media are evolving so fast that neither candidates nor employers are expert at manipulating them. For both job seekers and employers, LinkedIn is the predominant medium, and Googling for information is the norm. But that’s just the tip of the iceberg: The world of social media is actually the 80 percent of the iceberg that lies hidden under the water. And ignoring that 80 percent is not the answer, because if it manages to cause a hole in your boat, it will surely sink you.