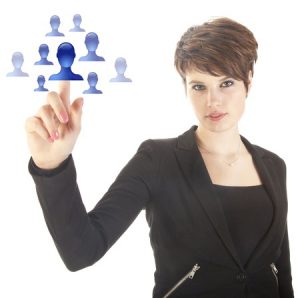 The more the merrier

Many people ask me how many LinkedIn connections one needs.  I’m a huge proponent of increasing the number of connections on LinkedIn. I voice that strong opinion every time I make a public presentation on a relevant subject or speak with anyone looking for advice on finding a job. At times, I find opponents to the concept, but mostly only up until I give them the logic behind my reasoning. Admittedly, I can’t convert everyone. Some people are very emotional about the subject, and perhaps that’s their only reason; my own argument is logical.

In LinkedIn lingo, we talk about first-, second-, and third-level connections. Sociologists have been wrestling with the subject of such connections, or ties, as they call it, many years before the LinkedIn era. They differentiate between strong ties and weak ties. For our purpose, first-level connections are considered strong ties; the rest are weak ties. Sociologists such as Mark Granovetter of Stanford University, Ofer Sharone of MIT, and Sandra Smith of the University of California, Berkeley have done work in this area. Through their extensive research, they’ve proved that a weak tie is more prone to be of assistance to someone looking for work than a strong tie is. The logical explanation is that if you recommend someone who ultimately doesn’t get the job, it reflects badly on you as the person making the recommendation. By making a recommendation, you’re spending your own reputational capital in the form of social and, at times, political currency. This does not hold true—or at least not to the same extent—if the connection is a weak tie. In addition, if you know someone well—that is, via a strong tie—it is very likely that you’re also familiar with the person’s weaknesses and you might feel bad about not being 100 percent honest if you recommend the person. And two more valid arguments surfaced from the sociologists’ research: (1) that the strong-tie connections mingle in the same social and work circles and all of them are exposed to similar information, whereas (2) the weak-tie connections mingle in different circles.

I hope I’ve clarified my point for the need to increase the number of your first-level connections on LinkedIn. Why? Because you cannot get to second- and third-level connections—which might be the connections you really want (based on these studies)—unless you have sufficient first-level connections. Have you ever asked yourself why there are so many LIONs (LinkedIn Open Networkers, which are people who accept all invitations) on LinkedIn? One reason is that those LIONs understand the need for weak connections; another reason is that people by nature are competitive and want to outdo others, or who knows why? Do you? Please share your opinion.