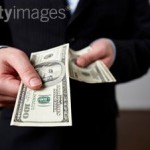 Years ago, longevity on the job was valued. It was a two-way relationship based on mutual trust and loyalty. Now, the coin has flipped to the other side. Employers view what some of them call “their most important asset” as no more than a printed circuit board in an electronic device: when the assets are needed, they get plugged in; and when obsolete or malfunctioning, they get discarded or replaced. That attitude generates an underlying mutual distrust leading to high turnover. And besides the emotional damage—caused primarily to the employee—that flipped coin is very costly to employers.

The hiring process can be logically separated into two steps. The first step involves the selection of several—say, five—top candidates to be called in for an interview for a particular job. Typically, the selections are accomplished via an applicant-tracking system, which scores candidates’ résumés based on their use of keywords the employer considers relevant. The system does not guarantee that the best candidates will be chosen. In any case, of those selected, one of them will get the job because of sharp interviewing skills. Again, this system does not ensure selection of the best candidate. It only isolates someone who appears to be better than the others.

Unfortunately, most hiring managers and nonprofessional interviewers do not know how to interview effectively. The majority of them never took even one course on the subject of interviewing. They almost don’t even know what questions to ask, and they’re even less able to interpret the answers. So, to save money, companies should mandate that those participating in the selection of new employees get formal education and training on the subject. This would represent a good return on investment. A productive employee who stays with an employer and grows on the job is a best practice.

Studies reveal that three-quarters of workers in the United States make less than $50,000 annually. The average cost of replacing an employee in this group comes to 21% of the employee’s salary. The replacement cost of an employee earning $75,000 annually is 10 to 30% of the employee’s salary. And the replacement cost of high-level executives is very significant—many tens of thousands of dollars.

Employee replacement costs fall into two categories: direct costs and indirect costs. Direct costs include severance pay, outplacement services, and higher unemployment taxes. In addition, there’s sometimes the cost of temporary replacement as well as fees all over the place for advertising, search agencies, screening, physical exams, drug testing, background verifications, interview travel expenses, and, at times, relocation. The other, indirect costs include loss of productivity, the learning curve of the new employee, reduced morale, and, too often, loss of the knowledge vested in the employee who is leaving.