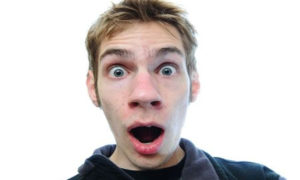 How to secure your future ?

David, a recent client, is not looking for help to get a job. He has one—for the past 20 years. The job started way back then as a weeklong gig after he graduated from college but didn’t yet know what he wanted to do. David seemed—in the eyes of his supervisor, then a vice president and now the CEO—a promising young man who might have a future with the company. He was industrious, a hard worker, and good at winning over and maintaining the respect of coworkers.

Through the years, David kept being promoted when the opportunity was right. His growth on the job consisted not only of title changes but also changes in areas of responsibility, size of budgets he oversaw, and number of people reporting to him. And his remuneration changed accordingly. The big boss liked him and took him under his wing.

The company kept growing and after some more time, was employing 70 people and had annual sales of $60 million. At its start, the company culture had been typical of a small organization, but as the company grew, so changed its culture: politics and power games creeped in, replacing that small-company mentality, and corporate decisions gradually became made in direct relationship to the size of a general manager’s territory, number of employees in that division, and amount of contribution to the profit margin.

In the meantime, David got married to a professional woman who has not worked outside the home for the past five years while caring for their one daughter. The couple purchased a very nice house in a different state, away from the company’s headquarters, in the geographic area where his business is.

Over time, new and powerful and talented people joined the ever-growing company, and David was becoming scared about whether he’d be able to maintain his position in the long run. He assured me the ax is not over his head yet, but there are no long-term plans for his future, either. His long-term close relationship with the CEO has also loosened, and serious business problems keep him up at night. He’s mentioned that the paternalistic corporate culture has changed, that loyalty is no longer a core company belief, and that several of his old-time colleagues either have left or were replaced with younger, qualified, and talented people, most of whom have relevant master’s degrees.

David is smart and is aware that his long-term future is not secure. He has a family and heavy financial responsibility, and that’s where his vulnerability lies. So, what now?

If you fail to plan, you plan to fail.

Once David recognized his situation, he called me, having found my contact details by way of a Google or LinkedIn search. During our initial phone conversation, he made it clear that he was not looking for interview preparation—which is 90% of the way I help clients—but needed someone who could help him create a long-term plan for mapping out his next 20 or more years of employment. He needs to take action in a certain direction that will enhance his value to his company—or even a different company—in his area of expertise. “I have no idea what my value is in the marketplace,” he said. Although he himself constantly interviews candidates for his division, he admitted to me that because this has been his only job, he’s never, ever himself had a job interview with a potential employer. And so, in that area he feels lost and without experience. 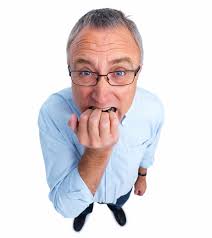 Is this you in the picture?

After spending two hours and 45 minutes together, we took the first step toward David’s goal. David realizes that one session will not be enough for him to get all his answers, but both of us felt very satisfied with the progress we made. In attempting to resolve David’s dilemma, we decided to explore both (1) opportunities for his further growth at his company and (2) opportunities elsewhere.

To begin with, I suggested he attend a certain Webinar.  Later he said that  this particular one-hour Webinar was very impressive, well documented, and logical.

As a second step, David must produce some marketing collateral. He needs both an outstanding résumé (an excellent one’s not good enough) and an equally outstanding LinkedIn profile. Neither production should be a do-it-yourself project. The creation of such material requires a professional who is deeply experienced, certified, and highly recommended by others. So, I gave David several names of such people who specialize in his industry. Once that’s done, David and I will meet again to talk about how to work with recruiters, where to find and explore opportunities, how to penetrate the hidden job market, how to be effective at networking, how to communicate both verbally and in writing, and, last, how to win an interview, get a job offer, and negotiate the salary.

How to tell what your own value is in the marketplace? No, it’s not what you think your value is. It’s what a bona fide employer is willing to pay. And it doesn’t stop there: both the employer and the job candidate have to think about employment several years ahead. Employment is an investment by both parties. And it better be a good one.

2 thoughts on “Employed but Frightened”