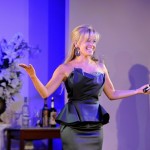 A recent article of mine covered most people’s lack of efficacy in practicing their elevator pitches at job search networking meetings. I wanted to follow up on that and prove my tenets, so I brainstormed with a group of trusted associates—all of whom are in transition—and we came up with some “best practices.” Following are our findings. Based on this information, you’ll be able to rework your own pitch and then practice it when networking. I promise you’ll see results instantly.

It’s most important to realize that different circumstances require different pitches. Otherwise, your elevator pitch will be perceived as canned and out of context. Make sure it’s memorable, because if it isn’t, you’ll simply sound like everyone else. Try introducing an element of surprise or some humor. The pitch has to be brief and to the point, so that people don’t tune you out. And it has to have a positive tone. No one’s interested in why you’re in transition.

Announce your name at the beginning and again at the end. Make sure people hear you and get the name. If you say it fast the way we normally do, people won’t get it or be able to remember it. Following your name, identify your position—or the position you want to get. Create a point of reference for your role—for example, chief financial officer in a small company.

Here’s where you have to sound enthusiastic. Here the word sound has the literal meaning. A voice too loud or too soft won’t work. Also, some people speak faster than normal when under pressure. A normal speed is best. And voice modulation where appropriate increases likability and interest in you.

People judge others based on what they see, and most people have their own personal biases. However, it’s universally agreed that professional attire and an overall professional look are most helpful for promoting your own interest when networking. A genuine and broad smile means the same anywhere and in any language. Above all, make good eye contact with the audience, but don’t move your head like a panning security camera, either. Project positive body language by standing erect. Don’t shift your weight from leg to leg.

Creating an effective 30-second elevator pitch is not as easy as it seems to be. In those 30 seconds, you need to introduce lots of content and then act it out—a feat that for some is very difficult. But with some improvement and then several live repetitions, anyone can do it. Good luck. You’ll feel tremendously successful once people tell you how well you’ve done.

1 thought on “The Elevator Pitch Checklist”