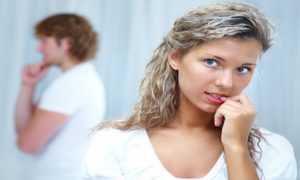 Personal image is the dearest thing you own

When you feel disappointed, you feel let down because your expectations failed to be met. Little children at times express their reactions to disappointment by crying; adults deal with disappointment more maturely—through logic. Regardless of your age, though, disappointment evokes strong emotions.

Those in job transition have a heightened sense of awareness of such emotional response and make every effort to protect themselves from disappointment, yet at times they’re the ones causing disappointment to others and themselves—often unknowingly. Job seekers certainly do not do that by design, but awareness of the possibility of being the cause provides an opportunity to avoid or correct a potentially critically fatal situation. For example, as one who uses social media extensively, I have to admit that I’m attracted to people who have a really good picture on their profile—not necessarily because of their looks but because I can identify with those who I can see understand the value of projecting their best.

Next I poke around the Internet and sometimes find a video or other, more recent, pictures of the person. And that’s when the disappointment might come in: when it’s apparent that the picture on the profile is years old. That causes me to feel let down. Another instance that people in transition should consider is their submission of an archaic résumé to accompany a job application. This is the equivalent of being invited to an important event and showing up in soiled clothing in disrepair, which of course is simply unacceptable.

Recruiters tell me that occasionally, in contacting job seekers by phone, they get the impression that the person at the other end of the call is totally unprepared to discuss employment issues. The job seeker wants and needs a job but has failed to prepare for such a phone call. The result? The recruiter feels disappointed, and the job seeker has lost an opportunity. What a shame!

I remember a time I went to a job search networking event. Admittedly, it was a warm-weather day, but I’ll never forget the inappropriate apparel of several of those attendees who wanted to project themselves as high-level executives, high-powered lawyers, and the like. The shorts, worn-out T-shirts, and flip-flops (!) some of them were wearing were certainly incongruent with the image I would have expected from such people.

Building a personal image is difficult and takes time. Ruining it is easy and instant. How often do job candidates come out of an interview and blame themselves for not having answered the interviewer’s questions well? Both parties know it and feel equally disappointed. The candidate could have prepared better, but by then it’s too late. The irreversible damage has been done.

So, the next time, especially when you’re in transition, try to think with the other person’s mind, and ask yourself whether you’re making the right impression or the wrong one.