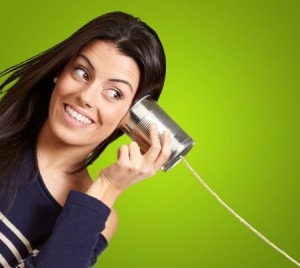 It’s not what you know but whom you know

Disclaimer: My professional background is not in the field of communication, but I still have some opinions.

Certainly, the cliché “It’s not what you know but whom you know” is often true. However, when people are in transition, I would add “but while in transition, who knows you is more important” because you are the one who needs a job, and if people cannot find you, your job search will be unnecessarily prolonged.

I categorize communication in general to occur on three levels: The lowest level is daily chitchat. We chitchat with people we know: family members, friends, and perhaps others we communicate with occasionally such as other job seekers. Communication with job seekers is superficial, though, because its only objective is to get connected.

The second level of communication involves passing or receiving relevant—or sometimes less relevant—information. For example, the news on television. This type of information is intended to inform and is often given a spin to dramatize it and keep viewers glued to the TV, but when the excitement is at its peak, we hear, ”And now this commercial.” Of course, that’s how television stations—which, after all, are businesses—generate revenues. In most cases, though, we commit this type of information only to short-term memory. Nobody remembers news from two weeks ago.

The third level of communication has to do with ideas. This is what attracts me. I’m interested in other prominent people’s or experts’ ideas. It’s where we can learn about and understand the Big Picture.

So, how is all of this relevant to people in transition? Well, you want to be viewed as an expert, and you want people to be attracted to you. When they check you out, you want potential employers to consider you an expert in your own professional field. The way to project that image is to communicate—sporadically—with those connected to you. Be aware, though, that every time you do communicate, your writing had better be of value to them. Given a little time, your connections will learn that when you send them a piece of communication, it is indeed worth their while to spend the time to read it.

A good communicator while in transition knows to use social media to advantage. On one hand, certainly you should connect with many people; on the other hand, you must connect with prospects who could help you into your next job. Remember: What’s important when you connect with others is that they be willing to share their networks with you. The power of networking is not vested in the person you communicate with so much as it is in the person’s connections. You never know whom they know!