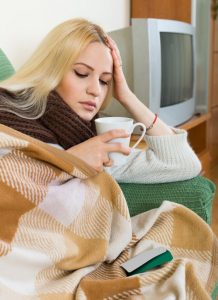 It is not unusual for one blaming self for being unemployed.  Recently, while looking around LinkedIn, I came across an article that intrigued me. It was about a book titled Flawed System/Flawed Self, written by Ofer Sharone, who taught at MIT’s Sloan School of Management, where he was assistant professor of work and employment research. I ordered the book and found it amazing. The author digs deep into unemployment numbers across class and nation and makes a comparison with the same issue in Israel. The author studied the specific day-to-day activities and strategies of searching for a job and concluded that American unemployed workers blame themselves for their failure to secure employment, as opposed to Israelis, who blame the system. Consequently, Americans get disappointed and after several unsuccessful tries give up, which is not the case among Israelis.

As a practicing career coach, I was intrigued and mesmerized by the concept because I see such reactions too often in working with my clients. My own conclusion—based on actual empirical evidence and not academic study—is that people face multiple failures two ways: first, they are shocked by their sudden unemployment, and recovery from that shocked emotional perception is slow, which serves to slow down the job search; and second, they don’t understand what it takes to win in today’s environment of tough competition. They fail to recognize that the job marketplace has changed from what it used to be years ago and that it requires total retooling for the new uphill battle. Here, perhaps there’s a symbiotic relationship between my two tenets, which leads to a downward spiral and then ultimately to a sense of deception and disappointment.

So, what is the solution?

I see three necessary, basic steps for leading to success.

First, have your résumé produced by a professional, certified, and recommended résumé writer. Writing résumés is a résumé writer’s full-time business, and some are excellent, producing outstanding work. A professionally written resume increases your chances by 60% based on a study by TheLadders. In parallel with that, a job seeker needs an equally outstanding LinkedIn profile in order to get found.

Second, use a recommended career coach who would organize your tasks for you and would prioritize and provide you with collaterals such as sample thank-you letters and tools that keep track of your job search activities and the like.

And third, practice mock interviewing with someone who is competent and can help you brand and market yourself so as to ensure that your presentation and image are impeccable. A part of mock-interviewing training should be mock negotiation as well, because if that part is done well, all of your professional expenses for the service could be not only recovered but surpassed severalfold.