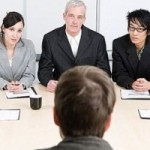 Consider yourself very lucky for being considered for a face-to-face interview. It just means that you survived the first phase of the competition; your résumé projected you as someone deserving of further exploration; and you outshone the vast majority of your competition. The most critical test, however, is still ahead of you. You are at this point electrified, thrilled, and exuberant, but if you don’t convince the interviewer(s) that you’re the ideal candidate, then the offer goes to someone else and you’ll feel defeated, deflated, and depressed. That’s why an understanding of the dynamics that get played out during the interview could potentially tilt the decision in your favor.

So, what is it that drives the interview—from the interviewer’s perspective? A large survey that was conducted among hiring managers, human resources people, and recruiters shockingly revealed that 100 percent of interviewers are looking for “fit with their culture,” and about 82 percent are looking for “passion and excitement.” All the rest of the questions scored below the 40th percentile. So, from that survey, we’ve learned decisively how interview decisions are being made. And now you can prepare because no longer is the interview a pure guessing game.

Of course, it’s impossible to predict the interviewer’s questions, but it’s reasonable to expect that the conversation will focus on job duties and responsibilities as well as the pertinent skills, experience level, and personality traits preferred for the job. So, then, how do we correlate that focus on “fit with their culture”? The answer comes from (1) the candidate’s ability to sleuth into the company via internal connections, which can be acquired via LinkedIn connections, and (2) by thoroughly researching the company not only for hard facts but also for information in articles about the company or communications written by insiders.

As mentioned earlier, “passion and excitement” are critical. The interviewee must see himself as an actor onstage. I know this is difficult for some, especially when they’re tense and under pressure. A good way to show the passion and excitement interviewers seek is in your answer to the question, Why do you want to work for us? If your body language does not show the appropriate level of excitement, then your words by themselves will not be convincing.

In this particular case, as well as in the general preparation for an interview, practice is a must: that is, lots of practice, and preferably with someone who can critique you honestly and guide you toward excellence in interview skills.