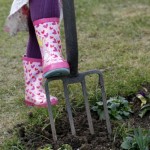 As a career coach, at times I am being asked for advice, whether the person is a good fit for what they do professionally or want to do in the future?  Often I refer such a case to my business partner who is a well-qualified and very experienced career counselor who meets with clients several times before a mutually agreeable answer is reached.

I have seen people change careers even after a very long period in one profession but that is challenging since the person already attained a certain salary level and going into something very different does not provide credibility and experience to compete with others who have been already on that track for several years.  However, there are times when parents of juniors and seniors in high school ask my opinion about their children’s future.  In that context I came across a very comprehensive study that came out of Georgetown University.  This study focused on the value of having a Bachelor’s degree.

They evaluated 171 majors and found some eye popping results.  For example, the median annual earning for someone with a Bachelor’s degree can vary from $29,000 for Counseling Psychology major to $120,000 for Petroleum Engineering major.  From this example one can rightfully question the value of a college degree to start with.  8 percent of all majors fall into the category of Business Management and Administration with a median annual income of $58,000.  5 percent of all majors are in General Business with a median income of $60,000 and four percent in Accounting with a median income of $63,000.

This study also looked at the correlation between the college major and then the pursuant profession.  For example, 19 percent of Physics major went into Computer and Management occupation and 14 percent into Engineering.  18 percent of Liberal Arts majors went into Management and 15 percent into Sales.  At the other end of the spectrum there are majors which are extremely unpopular to the point of less than 100th of one percent such as Nuclear Engineering, Soil Science, Pharmacology and others.

Another interesting fact, which is not surprising, is that the Nursing major is pursued by 92 females and 8 percent males.  On the other hand Nuclear Engineering attracts 91 percent males while Elementary Education 91 percent females.  This study is also ranking people by their race and ethnicity.  For example the most popular major for School Student Counseling among African-American is at 38 percent.   For Hispanics Biology Engineering is the highest major at 22 percent.

The most fascinating information in this study deals with peoples’ earnings.  When talking about earnings people are “bracketed” between the high, low and then 25, 50 and 75 percentile.  As mentioned earlier the top major with the highest earning is Petroleum Engineering where the 75th percentile is $189,000 while the median is $120,000.   A subset of this study deals with the disparity between male and female income.  In most cases males make more than females by various degrees but in some cases, for example Information Science major females median earning is $75,000 while males’ is only $65,000.  The conclusion is that women earn the most with a degree in Pharmacy Pharmaceutical Science and Administration and the least in Theology and Religious Vocations.

In summary, nowadays the options and opportunities for young people to pursue their career’s desire is very complex and a good decision and fit can keep the person happy and well compensated while a career with a poor and haphazard decision will create many years of misery and a path of poverty.